The University of Notre Dame Fighting Irish is one of the winningest programs in college football history. Founded in 1887, the Fighting Irish have won 11 NCAA football championships and more than 800 games. 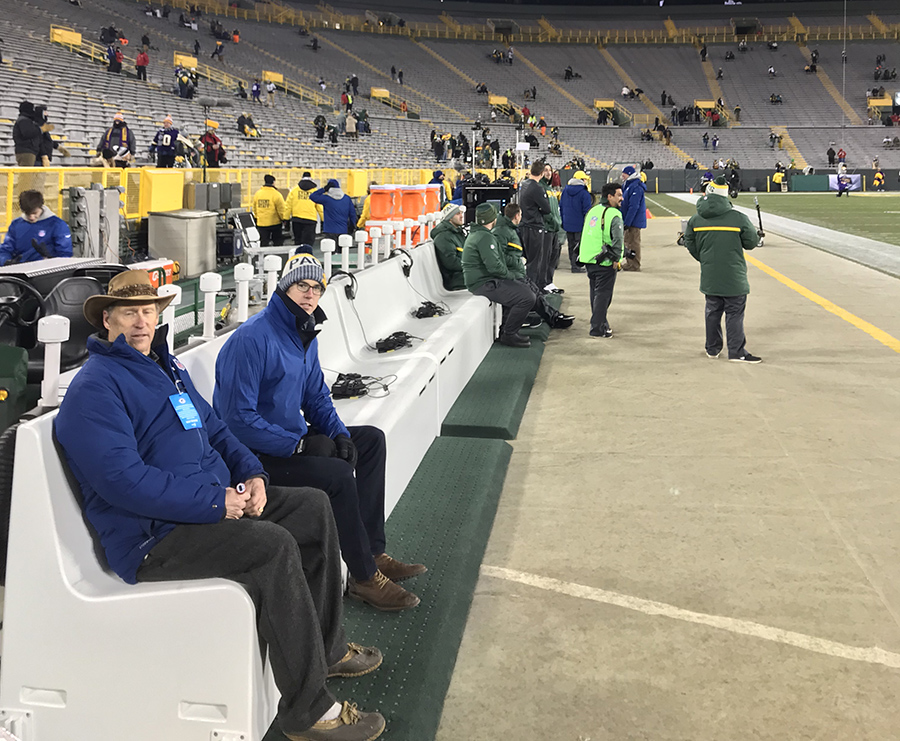 Few NFL franchises have the storied legacy of the Green Bay Packers. The third oldest franchise in the NFL, the Packers rose to prominence thanks to legendary coach, Vince Lombardi, and has hosted a continual roster of some of the best players the league has ever known, like Bart Starr, James Lofton, Brett Favre, Reggie White, Aaron Rogers, and others.
Read More 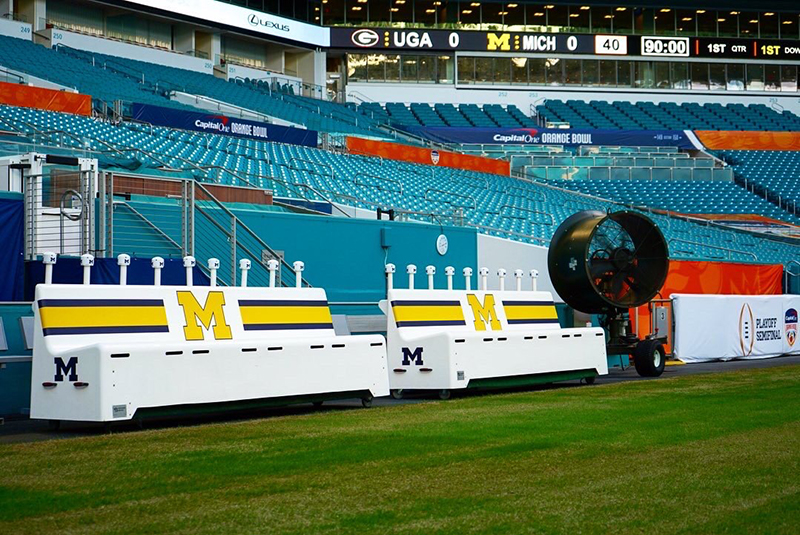 The Michigan Wolverines football program played its first season in 1879 and since that game, the program has grown to become one of the most popular in the world. And it’s no wonder. After all, the Wolverines tout the most all-time wins in collegiate history and no fewer than 11 claimed (and 5 unclaimed) national titles.
Read More 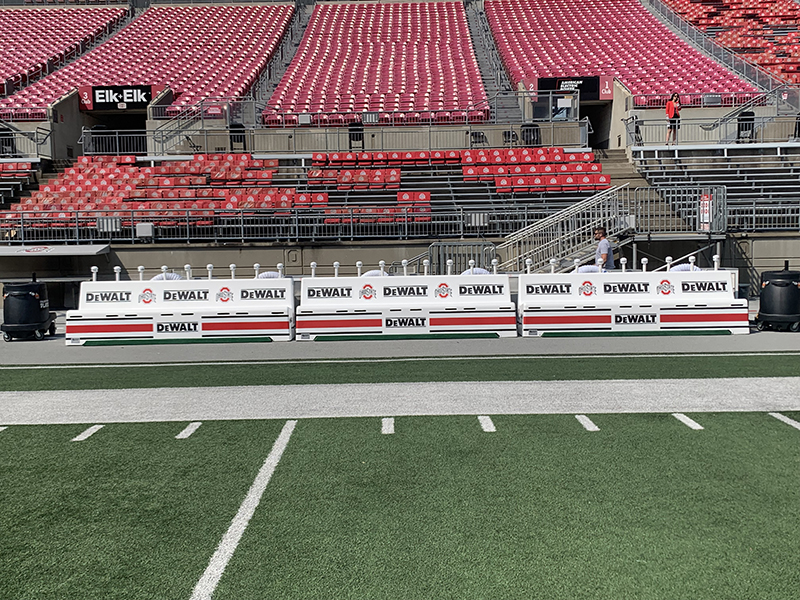 The Ohio State Buckeyes are one of college football’s premier programs. The Buckeyes tout an all-time winning percentage of .729, earning 8 national titles and an incredible 40 conference championships along the way.
Read More

The San Francisco 49ers are no stranger to success. Since being founded in 1944, the Niners have won 20 division championships, 7 conference championships and they’ve been in 7 Super Bowls, winning five of them. The team’s most recent Super Bowl appearance was in 2019 in Super Bowl LIV against the Kansas City Chiefs, which they lost 31-20.
Read More 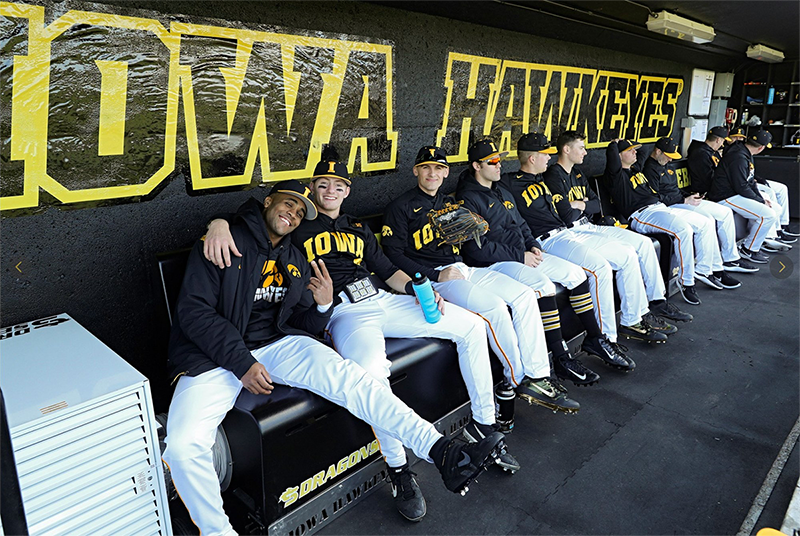 The New England Patriots are synonymous with success. They’ve been the NFL’s premier team for more than a decade and have more Super Bowl appearances than any other team in the league. With six Super Bowl wins, the Pats are tied with the Pittsburgh Steelers for the most Championship victories, thanks largely in part to the unbeatable combo of head coach Bill Belichick and future Hall of Fame quarterback, Tom Brady. Since the fall of 2014, Dragon Seats sideline heated benches have been the New England Patriots football bench of choice, with six state-of-the-art benches featured on each sideline.
Read More 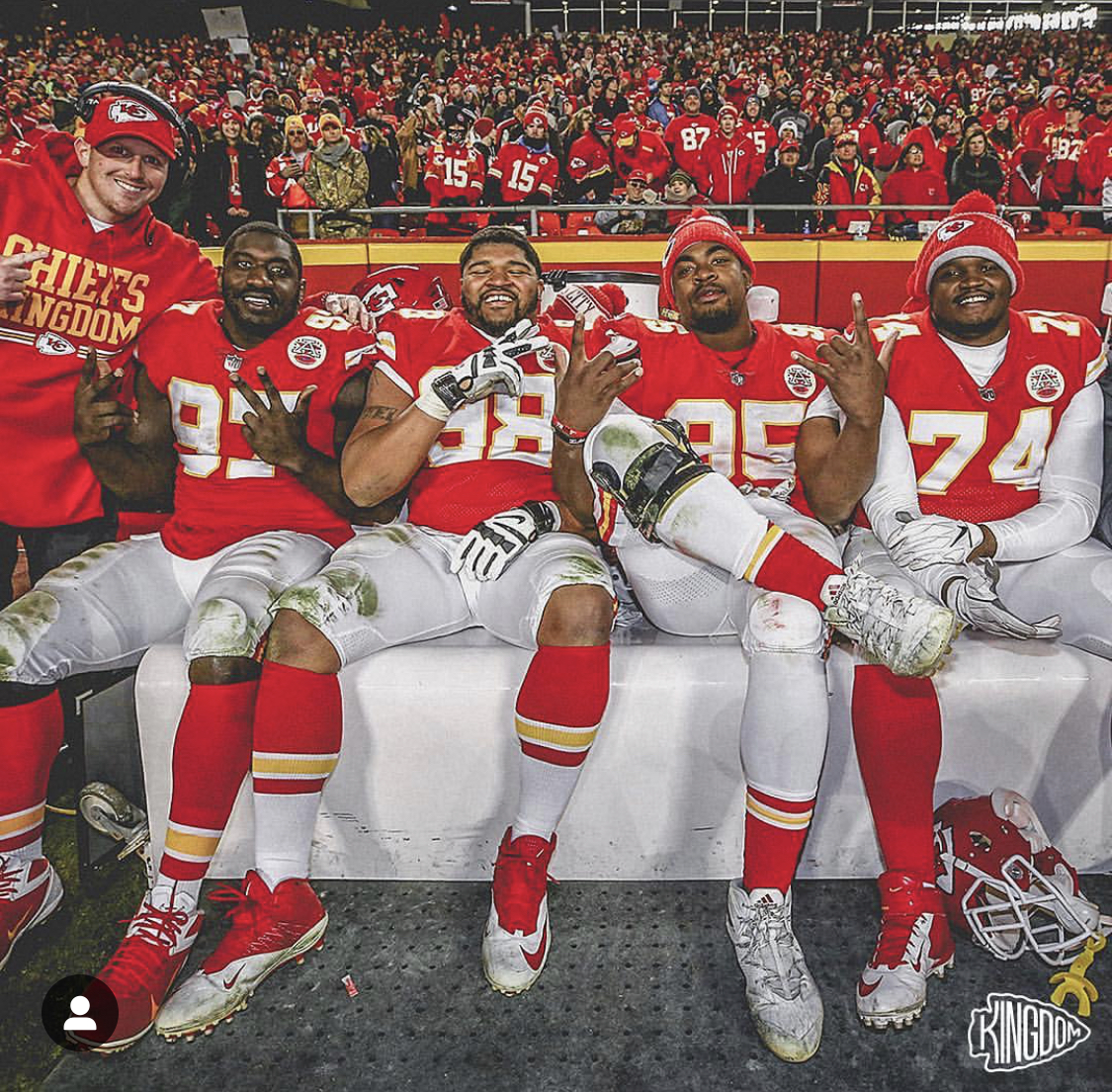 The Kansas City Chiefs have rocketed to success in recent years due in part to their MVP quarterback, Patrick Mahomes. In fact, the team capped off an incredibly successful 2019/20 season by winning their second Super Bowl championship, and their first since 1969. While Mahomes’ raw talent and uncanny ability to complete passes have certainly had a hand in the team’s recent success, another big reason for the Chiefs’ winning tendencies can be attributed to the team keeping its lineup healthy. While the Chiefs did experience some injuries during their Super Bowl winning season, the speed at which the injured players recovered outpaced that of other teams.
Read More 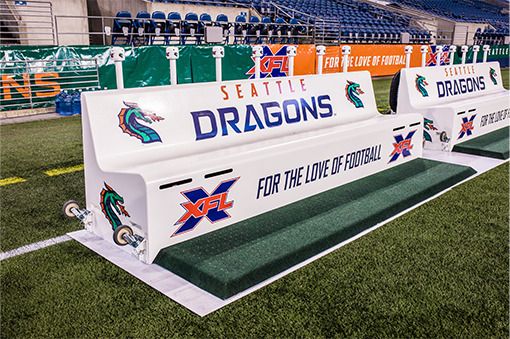 The Seattle Dragons played their inaugural season at CenturyLink Field in Seattle. The team was an instant fan-favorite for the revamped XFL professional football league. Despite the league’s first season being cut short by the Covid-19 pandemic and the team only winning one out of its first five games, the Dragons attracted a large and boisterous fanbase not only in its hometown, but nationally as well. Since the start of the season, which started one week after the NFL’s Super Bowl, Dragon Seats heated benches have proven to be essential Seattle Dragons gear for player safety and performance.
Read More 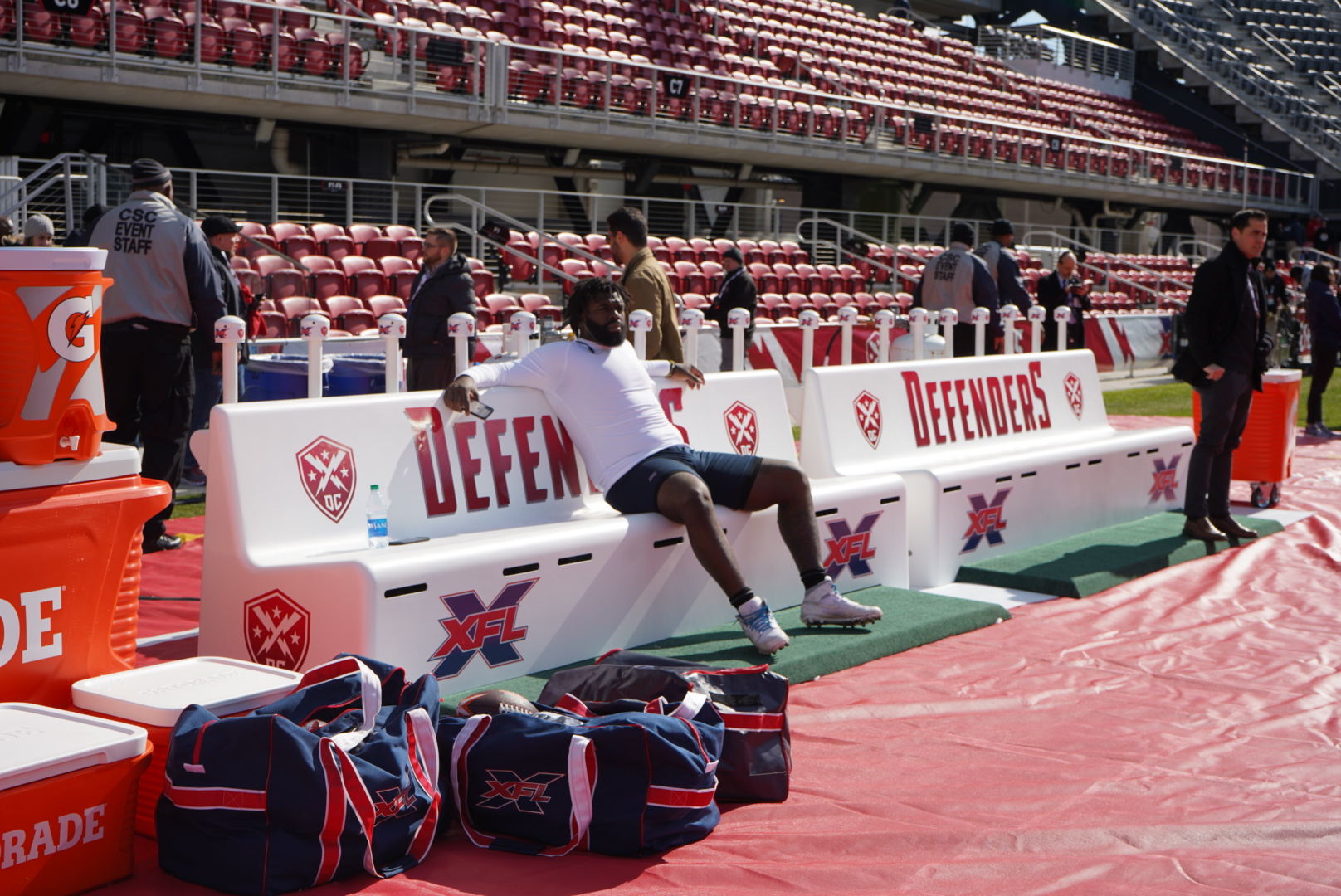 The D.C. Defenders played their inaugural season at Audi Field in Washington D.C. for the revamped XFL professional football league. While the league’s first season was cut short by the Covid-19 pandemic, the Defenders went 3-2 with all three wins coming in their home stadium. The Defenders were one of the breakout successes of the young league, attracting 17,163 people to its first game against the Seattle Dragons. The Defenders would go on to win that game by a score of 31 to 19. Since the start of the season, which started a week after the NFL’s Super Bowl on a cold Saturday, February 8, 2020, Dragon Seats heated benches have proven to be essential D.C. Defenders gear.
Read More