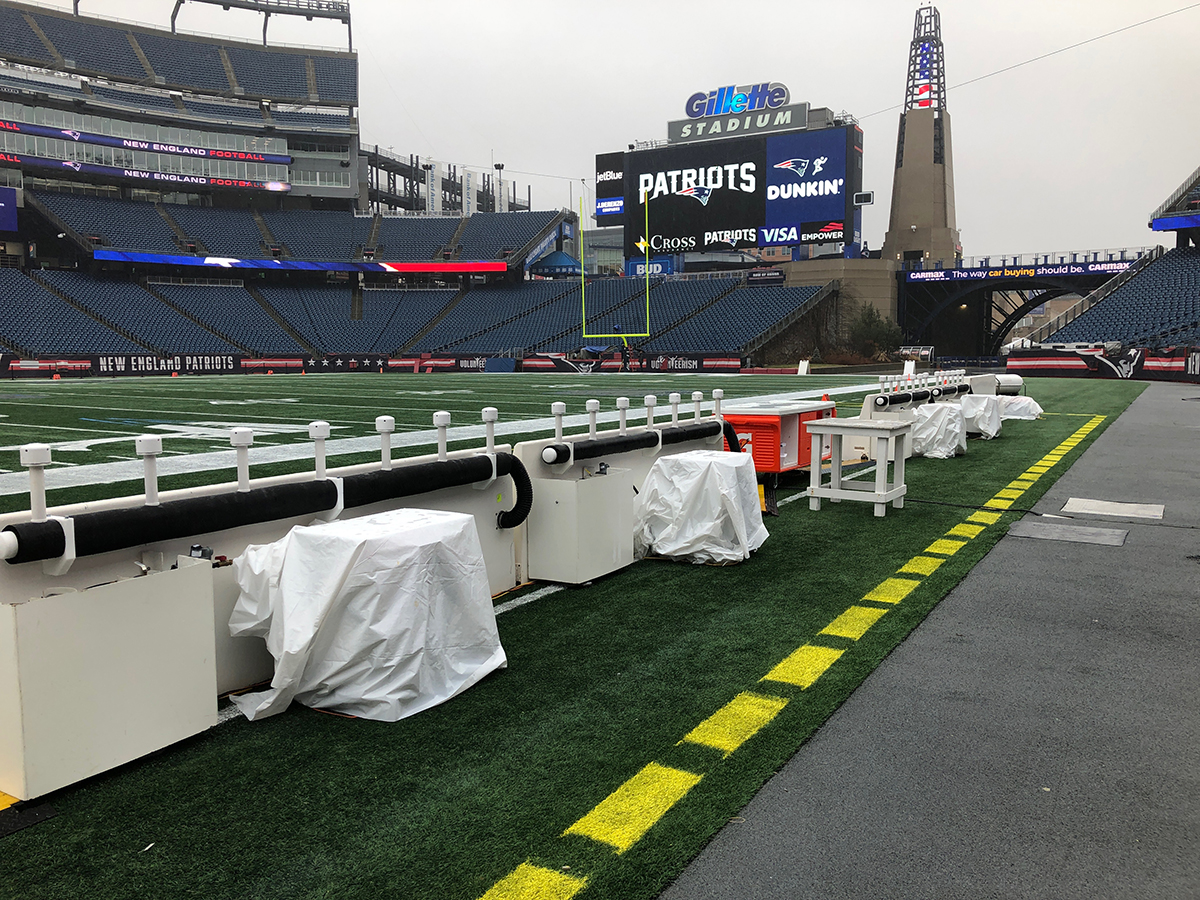 The New England Patriots are synonymous with success. They’ve been the NFL’s premier team for more than a decade and have more Super Bowl appearances than any other team in the league. With six Super Bowl wins, the Pats are tied with the Pittsburgh Steelers for the most Championship victories, thanks largely in part to the unbeatable combo of head coach Bill Belichick and future Hall of Fame quarterback, Tom Brady. Since the fall of 2014, Dragon Seats sideline heated benches have been the New England Patriots football bench of choice, with six state-of-the-art benches featured on each sideline.

During the winter months, the temperature in Gillette Stadium in Foxborough, Massachusetts can be downright frigid. And, because the Patriots have achieved the pinnacle of NFL success, the team often plays its home games in prime time, when the wind chill is at its coldest. To help protect players from injury, the team purchased Dragon Seats sideline heated benches for their sidelines in 2014. Specially designed to warm the body and create consistent muscle elasticity, our heated benches and heated helmet assemblies, Hot Hats, aide in player safety and performance by keeping cold-related injuries to a minimum, thus helping keep the Patriots healthy and propel them to three Super Bowl wins (so far) since making us the New England Patriots sideline bench of choice.

Dragon Seats’ portable sideline heated benches are an essential player safety and performance piece of New England Patriots sideline gear. Our benches are heated by a 120-volt portable heater and clean-burning natural gas or propane, which gradually warms the bench to a comfortable temperature. As a result, players can keep their core temperature up and keep their muscles loose and limber while waiting to get back in the game. And, our heated football helmet assembly, Hot Hats, keeps the interior padding of helmets warm, pliable, and dry to help reduce the risk of concussion and other types of injury.

If you are interested in getting Dragon Seats sideline heated, cooling, or hybrid benches for your football sideline to provide safety, performance, and comfort in all-weather conditions, contact us today.