Players Can Keep Their Cool on a Dragon Seats Cooling Bench 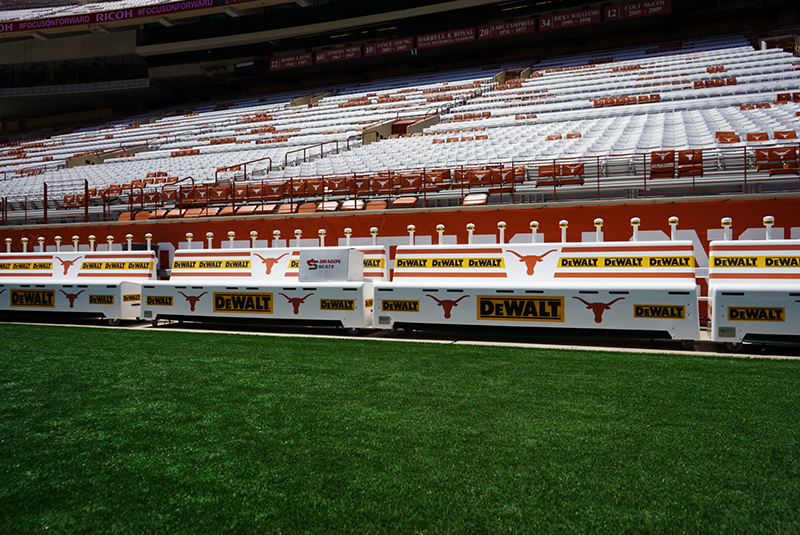 Dragon Seats manufacturers an incredible cooling bench that has been concluded by Duke Sports Medicine to significantly lower core-body temperature – the key to combating heat related illness such as heat stroke. This innovative cold bench offers superior solutions for beating the heat and protecting your players on gameday. Dragon Seats cooling benches keep players cool by using forced air that’s been cooled by a portable air conditioner and back panel attachment.

Dragon Seats also has a Misting Bench assembly that can be attached to our heated benches, cooling benches, or Hybrid benches for added cooling. The attachment can be easily applied even if you already have the Dragon Seats. This easy-to-install assembly broadcasts a fine mist of cooling water over the players that helps keep them cooler and more hydrated.

Our Dragon Seats cooling bench is an air-conditioned cooling bench that quickly and effectively cools players down when playing in extreme heat. The air-conditioned air keeps the entire bench nice and cool so when players come off the field, they can catch a breather on a cool and comfortable seat. The Cooling Benches significantly lower player’s core body temperature, thus significantly reducing the risk of heat-related injuries and illnesses. In fact, in a recent study conducted by Duke University, supports these claims.

The Dragon Seats cooling bench offers a significant improvement in safety, performance, and comfort than the standard aluminum sideline bench.

Our Misting Bench assembly is an important sideline solution for combating overheating in extreme temperature situations. This component can be installed on any Dragon Seat heated bench, cooling bench, or hybrid bench. The unit features a powerful and portable 110-volt misting compressor unit that delivers a constant misting pressure of 180-200 psi. Pressure jet nozzles are located along the misting bar, so players are constantly misted with cool and refreshing water over the course of the game.

Our proprietary cooling benches can be custom-painted to match your team colors, giving you the ultimate home field advantage. You can even include your team logo in the design. If you want to learn more about our game-changing cooling benches, just click here.